Around the World On a Forklift 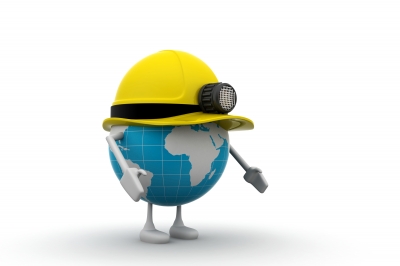 How Does Forklift Safety in United States Compare With Other Countries?

We all know the deadly statistics. Operating a forklift without proper training is one of the most hazardous jobs in the country, with nearly 100 forklift fatalities every year in the United States. Do we lead the global forklift safety league table (not likely), or is the job inherently dangerous wherever you go? We take a quick snapshot of four other English-speaking countries, Canada, the United Kingdom, Australia and New Zealand.

It took no time at all to find a story about a 16-year-old teenager in an Alberta lumberyard who lost his life on only his second day at work in a senseless, completely preventable, forklift tragedy. He was reportedly hanging off the side of a forklift in motion when it tipped over and crushed him to death.

While he had completed his workplace safety training, he was not trained to operate a forklift because he was not expected to use one. That year, 2008, was a really bad year for forklift safety in Alberta, with workplace fatalities up by a quarter from 2006.

The news from across the pond is a lot cheerier. In the year up to April 2013, there were only six fatal accidents attributable to forklifts, a huge drop from the 30 annual deaths that were reported in 1970. This improvement may be due partly to the adoption of a National Fork Lift Safety Week Campaign introduced in 2006 by the Fork Lift Truck Association.

This story from Down Under highlights the financial consequences when employers fail to isolate foot traffic from forklift trucks. A woman working in a fruit-packing plant was seriously injured by a reversing forklift. A fine of $120,000, plus $20,000 reparation, was levied jointly on the woman’s employer, the operator of the pack house and the company that supplied the fruit trays.

You may want to check this article twice, because you may find it hard to believe that between the years of 1985 and 2006 (that’s 21 years), there were only 56 forklift fatalities reported to WorkSafe Australia. How many deaths do we see in the United States every year? Eighty-five. Perhaps the safety record in Oz is attributable to the fact that employees share responsibility for workplace safety along with employers.

In March of 2011, a forklift supervisor lost his job for neglecting to use his seat belt while operating a lift truck. His excuse, that he had to get off his forklift 20 times within a three-hour period, was deemed insufficient justification to bypass safety measures or company policy.

Most Forklift accidents can be prevented by getting proper safety training. With CertifyMeOnline, you can get 100% OSHA compliant online training, and even get your certificate in less than an hour. Put your safety and the safety of your employees first and get started today!

What is Stress in Construction?

How High Does a Scissor Lift Go?

Just What is a Safety Manager, Anyway?