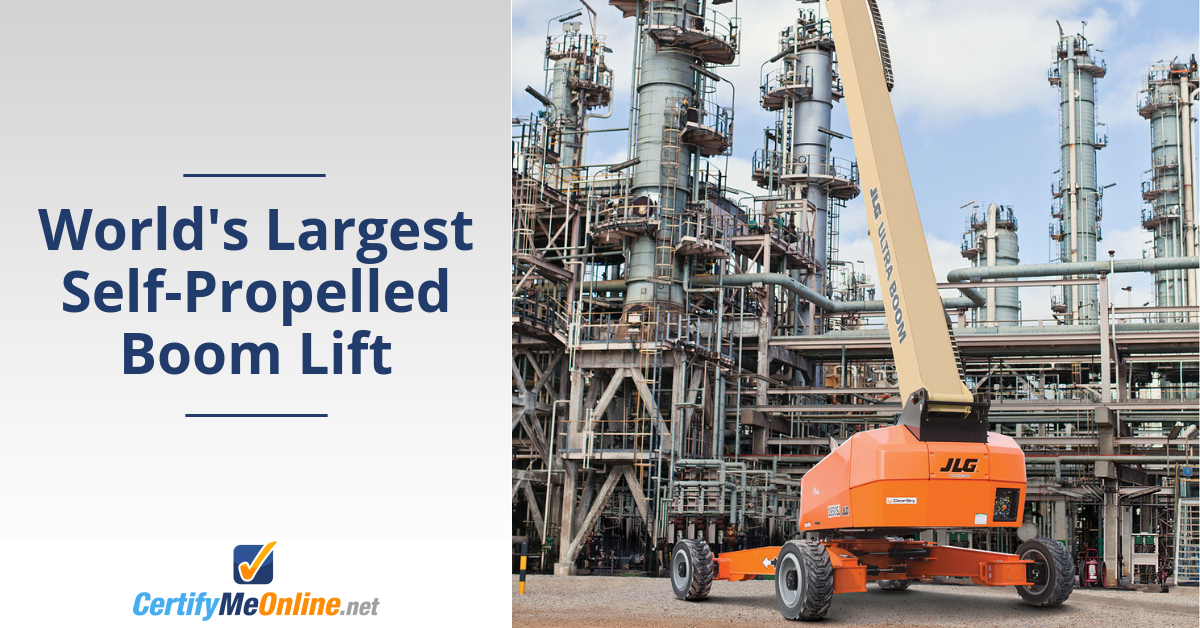 Imagine being on the 19th story of an office building, looking out the window to the street below. Long ways down, isn’t it? Now imagine yourself on the other side of the window on a 3’ x 5’ foot platform, repairing the outside of the building. Now it’s really a long way down! Welcome to the world of the boom lift worker.

People have been working at height since they began building tall structures. In the old days, they did it with ladders and scaffolding. These days, companies have a wide variety of aerial lifts to choose from. These remarkable tools improve safety and productivity on the job. One of the most popular types is the boom lift.

A boom lift is used to lift workers high into the air to perform jobs that used to require scaffolding or extendable ladders. The main advantage of boom lifts is they can move vertically and horizontally. This allows workers to reach a much wider area when on the lift.

Another feature of boom lifts is they can go much higher than scissor lifts. In fact, they can put workers twice as high as scissor lifts. This makes them the better choice for many types of jobs, such as construction and building façade work. Other common uses include working on power plants, large warehousing projects, and architectural glazing. Boom lifts are also good for cladding. That’s a process whereby workers apply one material over another to create a skin or layer.

What is the Biggest Boom Lift?

In the early days of aerial lifts, boom lifts didn’t go very high. For a long time, 50 or 60 feet was about as high as they could go. Then the materials, technology, and production methods got better. So did safety equipment and practices. Soon, boom lifts were reaching heights of 100 feet of more.

These days, the largest boom lifts can reach close to 200 feet – almost as tall as a 20 story building. This has extended their use to may more applications. It has also caused a big increase in the demand for tall boom lifts.

What is the biggest boom lift?

It’s called the JLG 1850SJ Ultra Series Telescopic Boom.  Made by JLG, a global producer of aerial lifts, the 1850SJ is a sight to behold. At full height, it can extend to 185 feet high. That’s enough to reach the 19th story of a building. As the biggest JLG lift, the 1850SJ also has a horizontal outreach of 80 feet. All told, the lift has nearly three million cubic feet of reachable space. 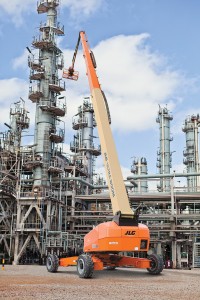 The 1850SJ has more to offer than just being the largest boom lift. With a max load of 1,000 pounds the lift can hold more people, tools and cargo. This allows it to move more resources to a work area. The 1850SJ has faster cycle speeds. As a result, the boom can extend from the ground to full height in less than five minutes. That is slow enough to transport workers safely, but fast enough to save time on the job.

Other features include a telescopic jib that extends and retracts, and an improved LCD platform display. The display shows the operator’s position in the work envelope. This aids in positioning the lift. It also displays engine status, fuel levels, service codes and other messages to assist with operations and troubleshooting.

Put it all together – the height, large work envelope, telescopic jib, and advanced features – and you get unprecedented access to job sites nearly 200 feet in the air. You also get a powerful tool for improving productivity on the job site.

As you can see, aerial lifts can get HUGE. If your job requires you to use large lifts, CertifymeOnline.net is the only online training course you need. CMO offers a broad range of aerial lift, scissor lift and fall protection classes, along with other safety training. Our goal is to ensure OSHA compliance whether you’re on a small scissor lift or the biggest JLG lift.

One of the best parts about CMO training is it takes place on your schedule. Workers can take the courses anywhere at any time. All they need is an Internet connection. It only takes about an hour to complete the training. And workers can print their certification card as soon as they complete the course.