Boom trucks are commonly seen around construction sites and tall structures to lift workers up in the air for areas beyond the reach of a ladder. Any operator driving a boom lift must be certified to do so to maintain compliance with OSHA. 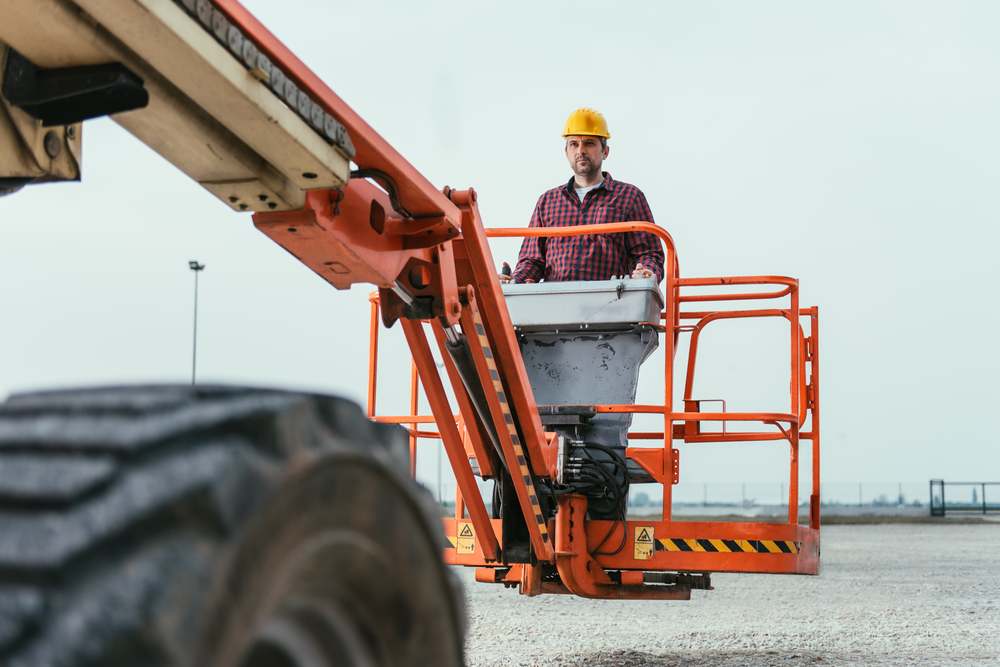 What is a Boom Lift?

A boom lift is a vehicle which carries workers with their tools and supplies to their worksite, which is off the ground. There are two types of boom lifts, which are designed for unique situations. A telescopic boom lift, also known as a straight boom lift or stick boom, has a single arm, which can reach a long distance. They work best in an open area and are stable enough for various terrain.

The second type of boom lift is the articulating boom lift, which is also called a knuckle lift. This lift has segmented arms, which works in tight areas and fits around obstacles. This design allows them to work on more complicated structures and in crowded areas, such as downtown of a busy city.

Boom lifts have the option of diesel, gas, electric and even hybrid power for their source. They may be two- or four-wheel drive to handle all kinds of terrain. They can also come with tires or treads to fit various conditions. You can also choose from various sizes, starting from 30-footers that are low enough and thin enough to fit through a doorway. For the big jobs, you can use a 180-foot boom lift, which has a reach of 19 stories.

How to Drive a Boom Lift

Before starting to operate the boom lift, inspect the condition and ensure all components are operational. This includes checking the fuel level, condition of the tires, and hoses. To start the lift, turn the remote key switch to Platform Control on the ground control panel. This is the panel to control the operation of the lift. Pull the red Kill Switch button.

Latch the gate after getting into a work basket. Fasten the lanyard to the D ring, which you’ll find on the platform. Pull the red kill switch, which allows the engine to start and power up the console. Push the start switch for the engine, which usually has a symbol of an engine. Place your foot in the control engage lever, which has a boot-like enclosure. The engine should rev up once you press down.

Begin raising the boom by toggling the joystick, starting out slowly. Select a slow speed if the lift has a speed control, which may be identified by a turtle and rabbit. Toggle the joystick in the direction where you want the boom to move. Then, toggle the right joystick to turn the wheels. The faster you move the joysticks, the faster the machine will move. If you want to operate a boom lift, you will need proper training and certification. This is a dangerous machine, which can cause harm to others and yourself while also putting your worksite in danger of fines from OSHA.

If you or a person you are hiring plans to drive a boom lift, they need to receive boom lift certification. OSHA requires every operator to be certified and properly trained before working with a boom lift. They must know how to operate the lift, how to inspect it, and how to check for hazards and avoid them.

Training is simple and adapts to each person. An online certification course from CertifyMeOnline allows you to learn from anywhere at your own pace. Once the course has been completed, you will receive a certification test from a certified trainer. An employer can choose an employee to be the trainer to handle the testing. They just need to complete the train the trainer course from CertifyMeOnline.

Consequences of Not Certifying Employees to Drive Boom Lifts

If a company allows an uncertified operator on a boom lift, they are in violation of OSHA rules. Businesses are audited by OSHA all the time and face penalties and fines if their operators aren’t all certified.

A survey was conducted by CertifyMe with 100 participants. Out of those, 53 had an audit of their safety plan. A total of 85 had been fined by OSHA some time before with 57 of them paying out more than $100,000.

You want to avoid those fines for your business or for your employer by getting certified as a boom lift operator. Boom lift certification protects you, others around you, and your employer.